7 Reasons To Break Up With Her 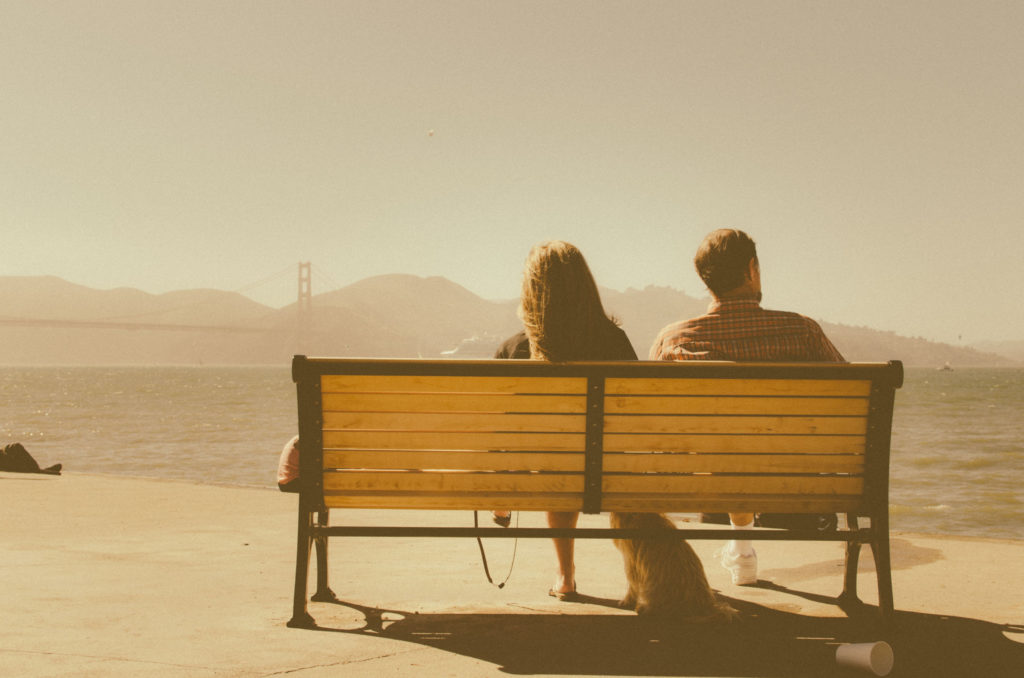 If you’re not in the last relationship of your life, you’re in one that will end sooner or later. How do you know its over?

You might already know she’s not the right one for you, but aren’t willing to make a move. Instead, the ending will look more like this:

She cheats or you cheat, or both. You fight endlessly until you can’t stand it anymore. You both find yourselves in new relationships, marking the end of the old one. Or maybe it drags on for so long, that one of you finally wakes up and realizes your both sleepwalking through a mediocre relationship.

For so many guys of my generation, this is how relationships end. We let her end it, or we act out in a way that eventually ends the relationship. We take a passive stance to the relationship, even though we knew it wasn’t the right one a long time ago. This article is for those guys. Guys like me.

My generation of men is filled with “Nice Guys”. We are overly nice to women, and we avoid hurting women’s feelings (with the truth), because at some deep level, we depend on the approval of women to feel fulfilled.

Being raised primarily by our mothers, while our fathers were at work, we became over-identified with the feelings of women. Further compounding this issue, our father’s weren’t present to initiate us in to manhood, so we missed out on some of the basic lessons of adulthood, like learning to make hard decisions and stand in our truth.

This Nice Guy phenomenon is made worse when guys look at the long history of women being abused and dominated in to submission by men. We see how males have used violence and aggression to control women throughout the ages, and it sickens us. In response, we live our lives as an apology for what men have done to women, and as an attempt to be somebody different

We’re afraid to hurt women’s feelings, and when the one we’re with isn’t the right one for us, we can’t say it. We’d rather delay action, pull away, zone out, focus on work, or even focus on another relationship. Finally, it becomes obvious that this relationship was over a long time ago. We either slip away, or wait for her to end it.

Until recently, I didn’t know that one of the ways to “be a man” is to stand in your truth and accept the consequences. I knew how to do that in other realms, but when it came to romantic relationships, I elected to hold back my truth in favour of getting some comfort in the relationship, while delaying the inevitable ending. I know many men who can relate. 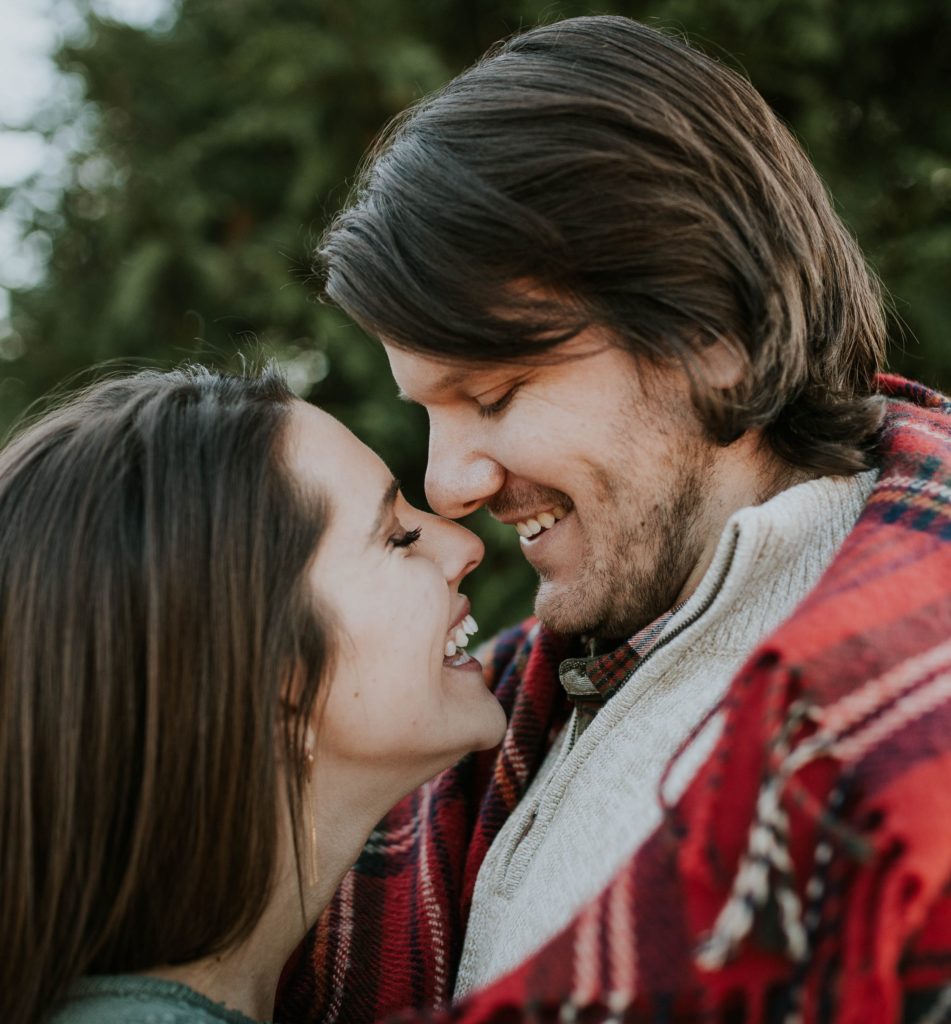 We come up with all kinds of reasons to stay with a partner even though it is destined to end soon. Below are 7 reasons NOT to stay with someone. These are all rationalizations for holding on to something that isn’t ideal.

Its not worth holding on if only one of these things is preventing you from cutting the cord.

7 rationalizations for staying in a relationship that don’t hold up:

Good sex – or even mediocre sex, which is better than nothing – can keep people together for years. It’s a powerful force in a relationship, but if its the only reason you’re hooking up, you’re just buying time. And its only that simple if you’ve talked about it together.

Unless you’ve had an explicit conversation with her about sex being the only reason you’re together, you are using her body to feel good, while you lie to her. That sounds awful, and it is. Humans do this to each other all the time, but that doesn’t make it okay. Nobody likes being used under the pretence of something else.

Often times one person will tell the other that they aren’t looking for a relationship. The other person does want a relationship, but holds back this truth in favour of getting some connection instead of none at all. Both people are selling out in some way, and it rarely ends well. One or both parties always gets very hurt. This is quite common, and the best treatment is for both people to get deeply in touch with their truth, communicate that clearly, then stand firmly in that truth.

Its also important to observe the other person’s actions, which may not always match their words. If their actions show that they want a deeper relationship, but they are settling for some sexual connection, and holding out for a relationship when you are ready, one of you is going to need to see through that and take a stand for a higher standard in the relationship. If you can’t both be fully in it, don’t be in it at all.

Maybe you love each other and have great emotional connection, but there’s no physical or mental connection. This is a tough one to wade through, but in the end, you need to feel in to your gut about whether you truly feel this is worth it, or whether you’re soothing yourself with emotional support the same way you satisfy a desire for sex.

If you connect on every level except sex, or the sex has lost its energy and polarity, there are ways to rekindle that fire. Every couple deals with this, and its possible to work through.

You might connect with her on a mental level, and nothing else. You might have great conversations with her, but lack the heart connection or physical attraction. In this case, she’s better placed as a friend in your life. If she’s in love with you and can’t handle that, your selfish side might want to keep the relationship going, but misplacing relationships in your life is like trying to fit a square peg in to a round hole.

You deserve more than just a mental connection. You can have it all. Begin by setting your bar higher, and those partners will show up.

4. Fear of being alone

Many of us are, at some level, afraid to be alone. This might stem from the existential fear that “we all die alone”. Maybe we soothe ourselves through relationships, unconsciously seeking to escape our aloneness. It can be very comforting to have a warm body in the bed next to us, and relying on them for companionship can come easy. Its normal to fear the loss of that companionship, but letting that fear control your decisions takes you out of the driver’s seat in the relationship.

Living in fear and letting it control you is a surefire way to stunt your growth, deny your evolution, and keep you stuck in a defensive holding pattern. Better to turn and face the fear, live through it, and let it be a teacher.

Maybe she needs your strength, your support, the safety she feels when she’s with you. Maybe you need her emotional support, her caring for space, or her conversational prowess. Or perhaps one of you has a recent life problem, an addiction, a death in the family, or a mental illness that requires support. One of you feels responsible for the other’s wellbeing.

This is a tricky one to escape, because breaking up can feel like a death sentence to the other person. Breaking out of codependency is very hard, and it includes strong withdrawal symptoms, much like a dependency to a substance. The lesson here is that you cannot save someone from their pain or their afflictions. You’re not a hero, and she isn’t yours. A healthy relationship is when two whole, complete, and integrated people come together out of want, not need. Codependency is a trap that makes both people dependent on the other to feed the story of “she needs me” or “I need her”.

Remember when you learned that lying would delay the inevitable and get you in to more trouble in the end? This is that same old lesson, that many of us refuse to fully learn. When you don’t make the choice to step out of a relationship that isn’t serving either of you, it hurts you both. She’s being lied to, you are wasting your time, and you both are in a relationship that isn’t right.

The truth hurts sometimes, but delaying it does nothing to avoid the reality. If a man wants to learn to wield his true power in this world, he must learn that the truth will sometimes hurt people, and it will hurt him too. Accepting this allows a man to move through life with less hesitation, more precision, and less suffering in the long-run.

I’ve been caught in this line of thinking many times. I’m a big fan of learning through relationship, and this motto has kept me in a few relationships way past their due date. The truth is that so much of the learning in a relationship can come from the ending of it. We are able to extract lessons and integrate them much more deeply when a relationship concludes.

Don’t buy this script when your mind sells it to you. If you don’t want to be with her/him long-term, you can extract plenty of learning from ending it now in a clean way. If you intend to learn from all relationships, you will, regardless of when it ends.

You have no time to waste

Women have a limited time for which they can select a partner and build a family. For many women, this is really important. If you waste her time because you’d rather not tell the truth, you are using her. In the aftermath of a few of my relationships, we both wished we had brought it to an end sooner. The truth is, we’re all here for a limited time, so the more time we spend living in our truth, the less we’ll regret at the end of the line.

We’re all looking for an ideal partner. A relationship that feeds us on every level: mental, physical, emotional. A spiritual union. Something deep and delicious. The more time we spend in relationships that are “good-enough”, the longer we keep the door closed to that one from showing up.

She’ll show up when you call her in. You call her in by taking action to get what you truly want in life, which means knowing what you don’t want and living that reality.

The first step in getting the relationship you want, is to get out of the ones you don’t want. Get out, integrate the learning, dig deep and do your work, and you’ll call in something more fulfilling.

When is it right to stay?

Of course, there are plenty of times where ending a relationship is really just a means to escape having to look at yourself and do the work to make the relationship grow up healthy. In that case, you might be just switching one body for another, destined to repeat the same mistakes.

How do you know that you’re not ducking out on a relationship that has the potential to be deeply fulfilling? That’s something I’ll write about soon. 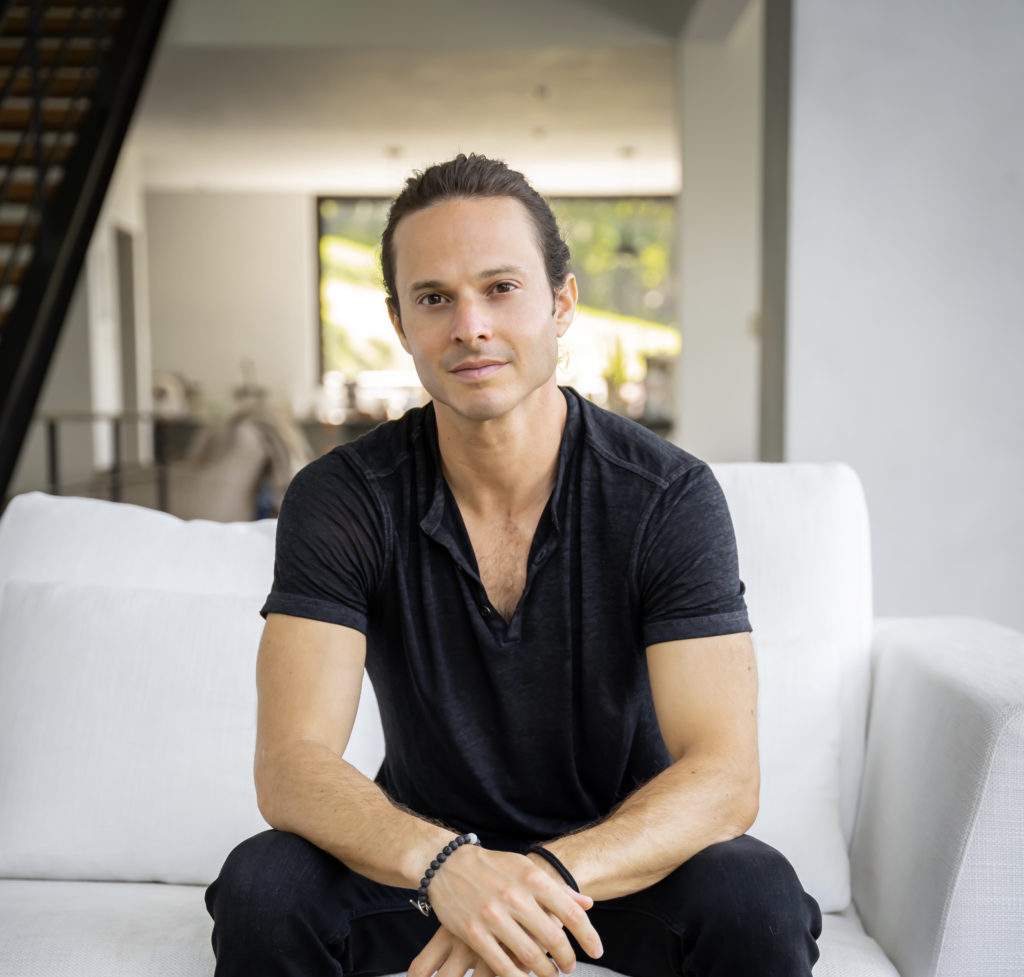 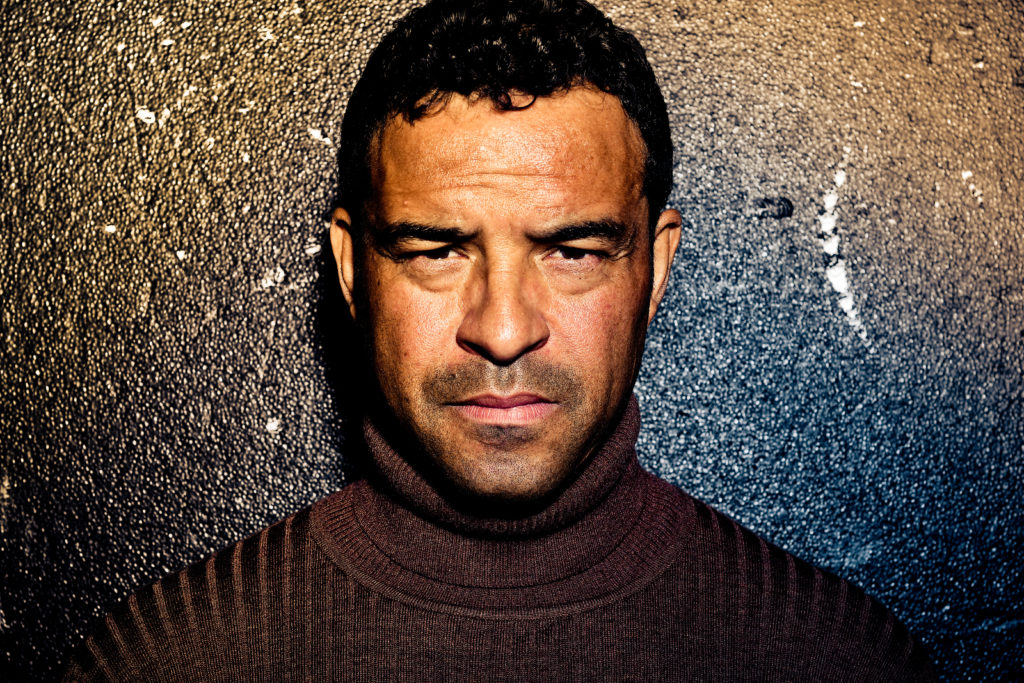 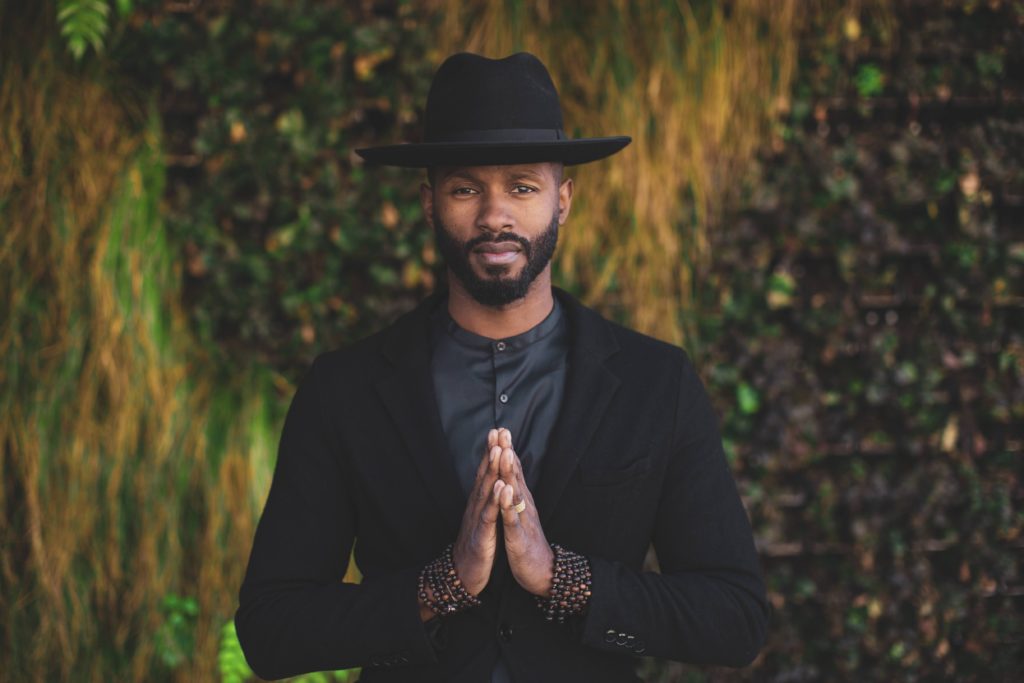